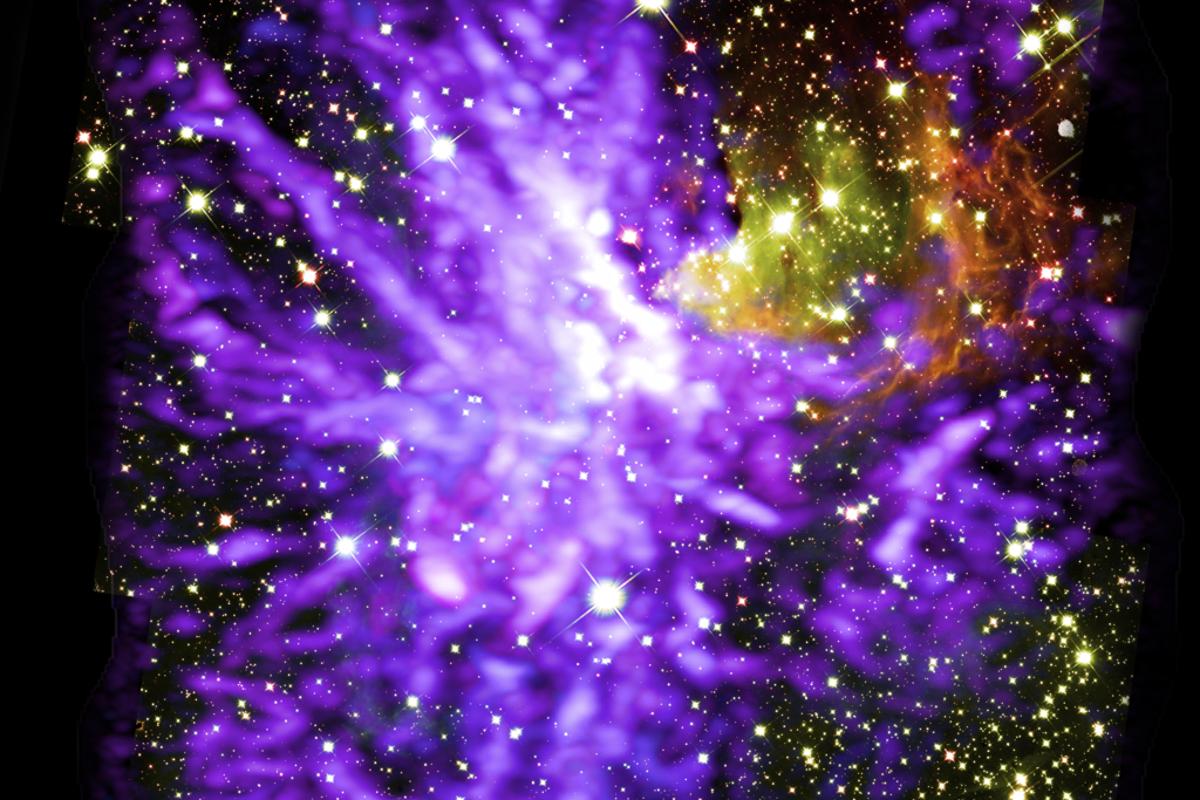 Astronomers are celebrating the 4th of July weekend in their own trademark fashion – by releasing a new image of some cosmic fireworks. The spectacular shot is made up of a mosaic of radio and infrared images, showing a cluster of young stars exploding into life.

The image captures a cluster called G286.21+0.17, located about 8,000 light-years from Earth in the Carina region of the Milky Way. There, stars are forming in dense molecular clouds, as pockets of dust and gas collapse and fire up under intense heat and pressure.

Together the two instruments paint a fascinating picture of what’s happening. ALMA’s contributions can be seen in purple, representing the molecular clouds that are in the process of forming new stars. Those stars are where Hubble shines, capturing their infrared light in red and yellow.