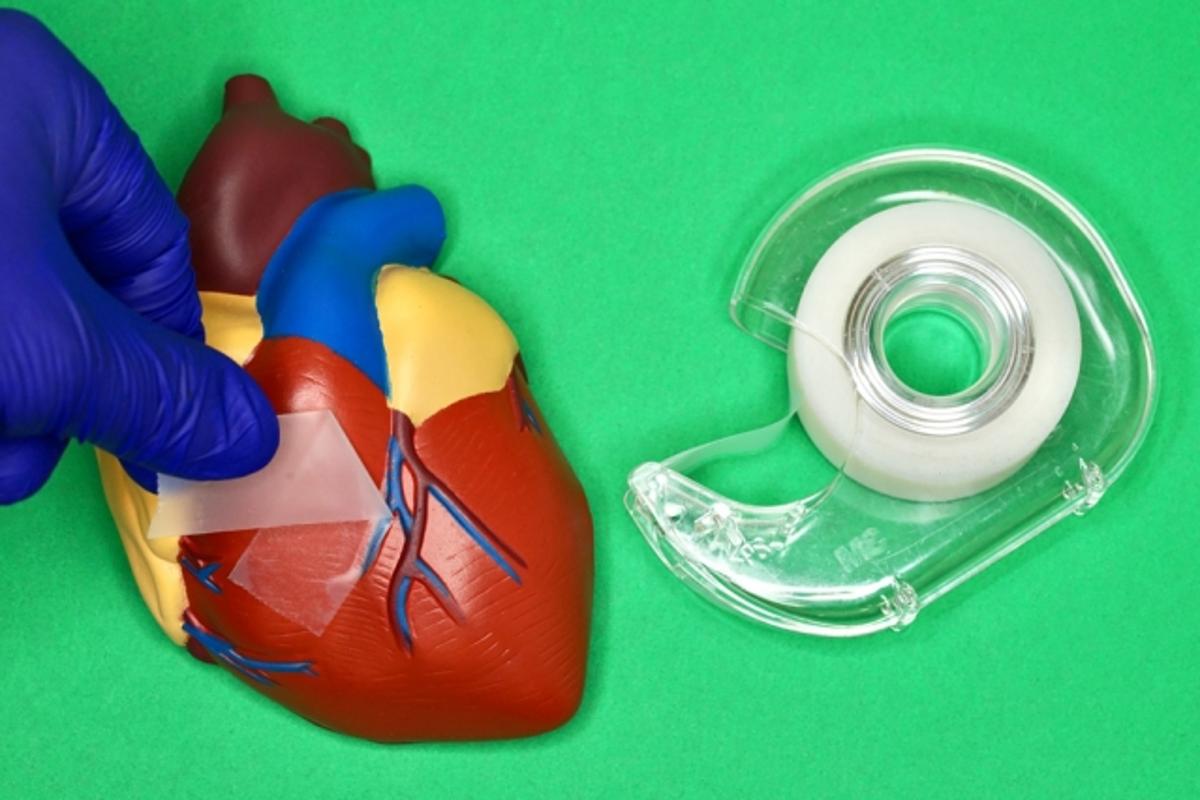 As helpful as Band-Aids are, ripping them off your skin is never fun – but just imagine having one on your heart or lung. Researchers at MIT have now managed to create surgical tape that can stick to wet surfaces like organs, and more importantly, be removed safely when it’s no longer needed.

Last year, the team developed an impressive new alternative to sutures. Their double-sided tape could be used to patch up incisions or wounds in organs, working within a matter of seconds. It could also be used to attach implantable medical devices to tissues.

This was no easy feat. Regular adhesives don’t stick to wet surfaces very well, so the team designed a new type of tape that would. It was made out of a material called polyacrylic acid, embedded with chemical groups called NHS esters. The idea is that the material itself absorbs the excess liquid and forms gentle hydrogen bonds to the tissue. Then the esters help form stronger bond with proteins on the tissue’s surface.

The bandage worked well, but there was one major problem – once it was on, it was really on. And unlike skin, where ripping it off is only briefly painful, doing so on a sensitive organ could cause more serious damage.

For the new study, the researchers set out to develop a way to remove the bandage more safely. To do so they added a disulfide linker molecule, which can not only form strong bonds with tissue proteins but can release those bonds when exposed to certain reducing agents.

The team settled on an agent called glutathione. Not only could this effectively cut the disulfide bonds, but it’s naturally found in many cells in the body, so it’s safe for use. A touch of ordinary baking soda was also mixed in, to sever the hydrogen bonds of the bandage itself.

These were mixed into a saline solution, which could then be sprayed onto the bandage in the body. To test it out, the researchers experimented with different concentrations of each, sprayed onto samples of the bandage applied to pig organs like heart, lungs and intestines.